Ok, letâ€™s finally do this. After long, long flight(s) we have finally arrived to Hong Kong airport, at around 2pm on Saturday. After getting through immigration, Jean and Maggie were already waiting for us at the entrance of the airport. It was good, surreal to see them after so long. 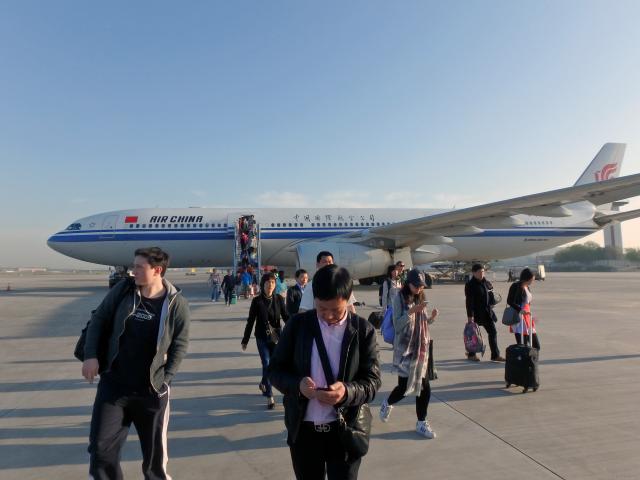 After quick chat we went to grab something to eat, to the Japanese restaurant at the airport, which happened to be one of the best meals I had there, I had ramen. 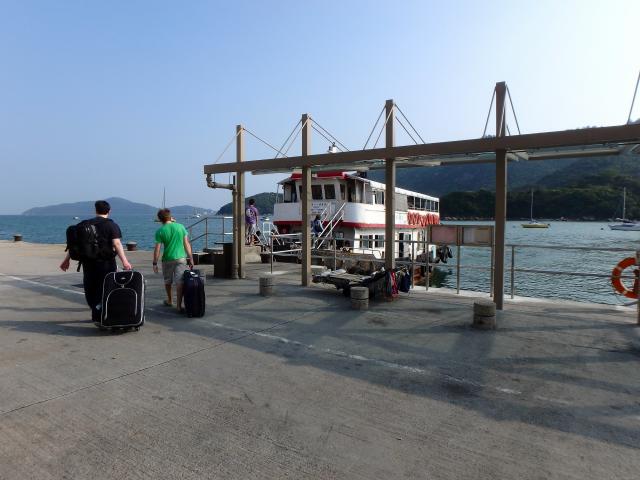 After lunch we took a bus (and another bus and a boat) to get to their island. On the road there we could already see tall buildings, around 30 floors, steep hills, just beside them, tropical vegetation everywhere, but no sight of Hong Kong. As I learned later, the area of the city is much larger than I thought, itâ€™s around as big as â€œprimorskaâ€ region in Slovenia. 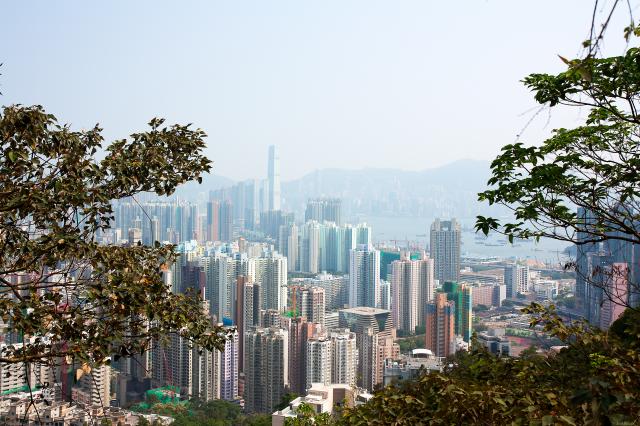 After about an hour and half, we have arrived to the island Peng Chau where Jean and Maggie live. Somehow we still werenâ€™t tired (that much) so we decided to go for a walk around the island. And there, at the top of the island we finally saw our first glimpses of the main city. 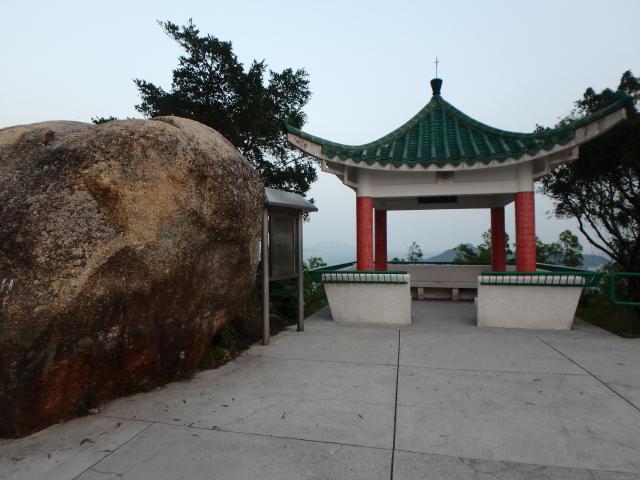 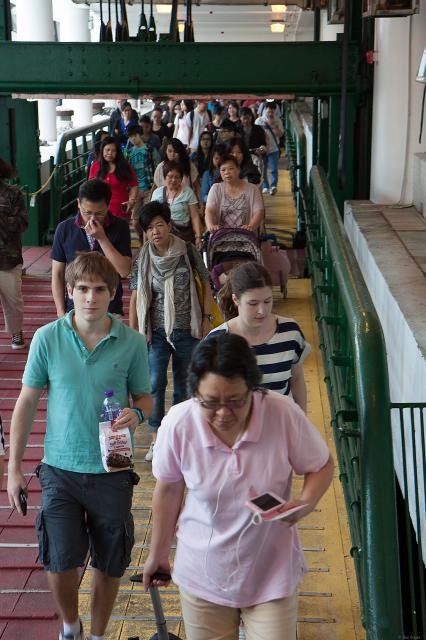 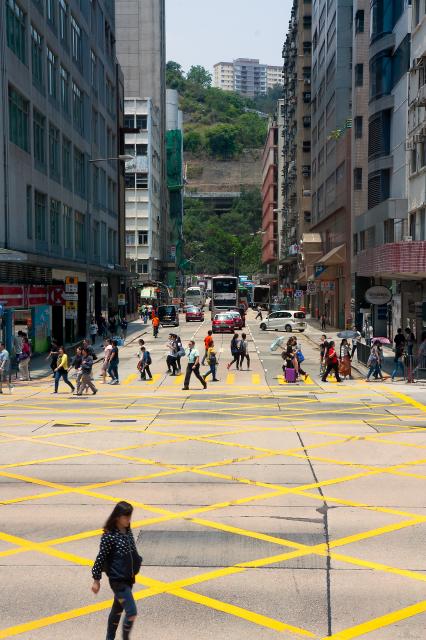 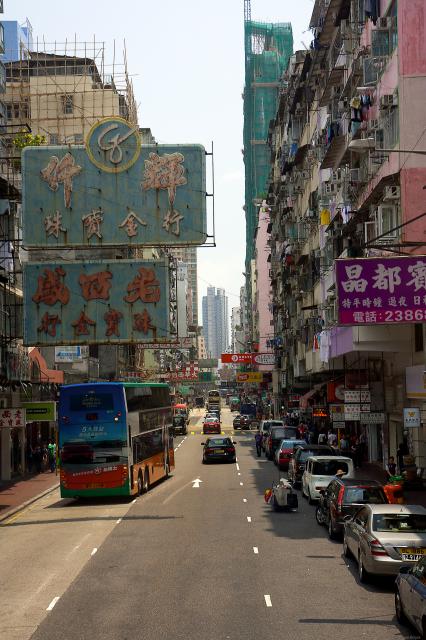 After good night sleep, we slept for probably 14hours, we decided to go and see the local wildlife (i.e. monkeys) in the suburbs of the city. After taking ferry, subway and a bus we have finally arrived to the location of the monkeys. The first thing we noticed after getting of the bus was heat, and really high humidity â€¦ subtropical climate. 10m from the bus stop we already saw first monkeys and a lot of signs that said you mustnâ€™t feed them, look them in the eyes and much more. Despite them being small and not looking to dangerous, we ran on quite few occasions, when they tried to attack us or steal something from us. One even blocked our path and didnâ€™t allow us to go further, always running angrily toward us when we tried to go by, Iâ€™m not sure what provoked it, maybe it was my shirt colour. 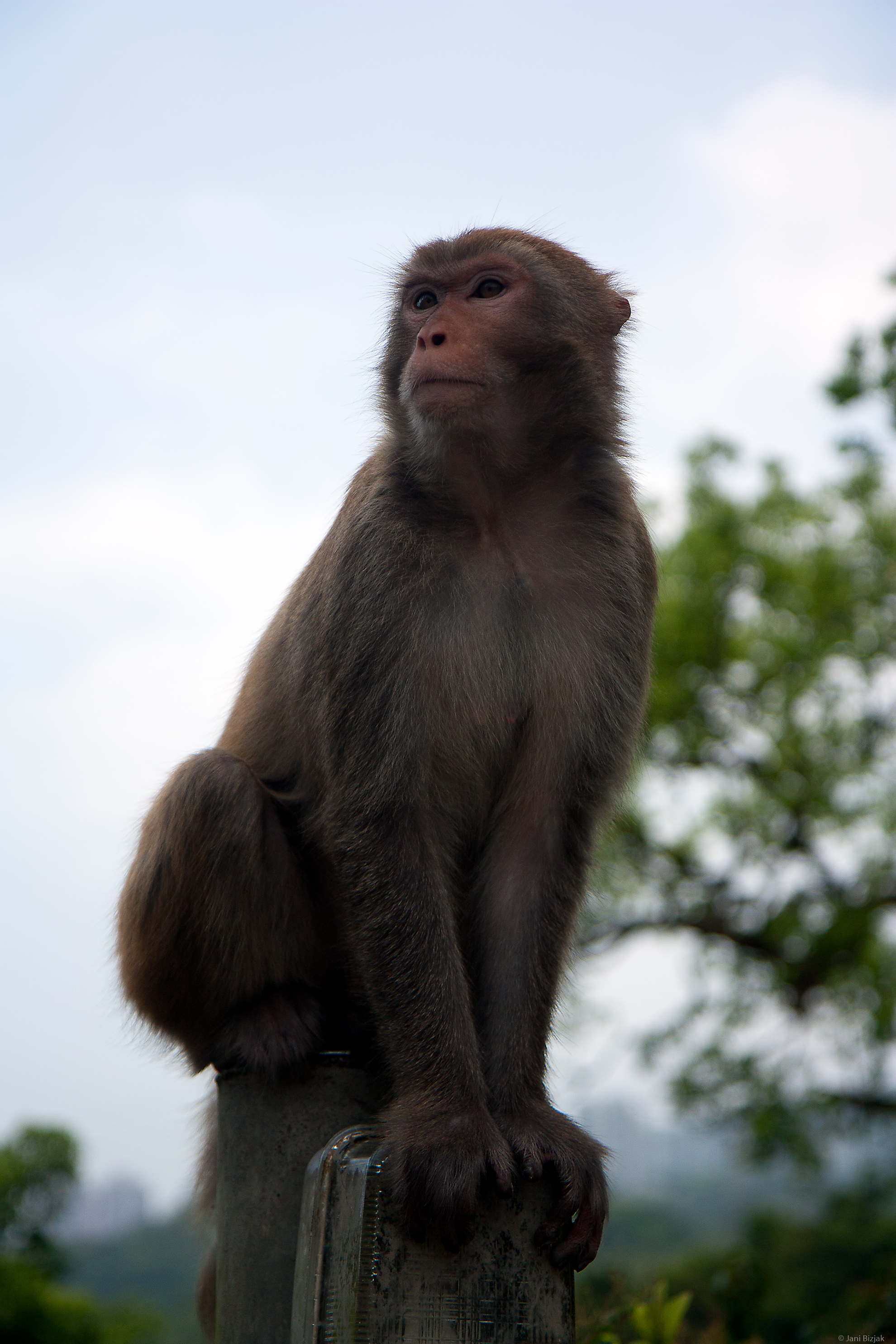 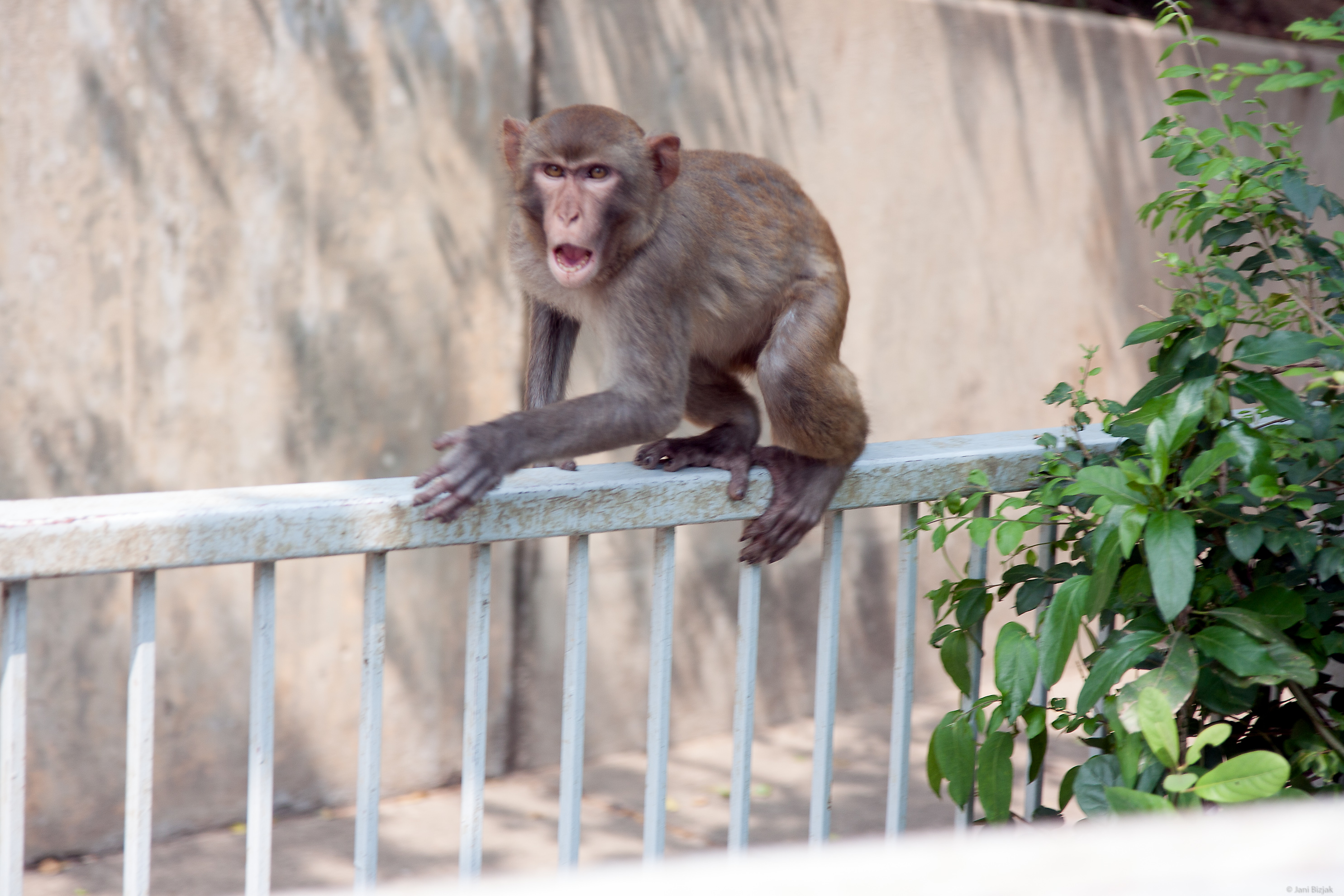 We decided to go for a walk around park, the path led us through some dense forest areas, around water reservoirs. It was a nice walk, all vegetation looked much different then what we are used to see in Europe, and the noises from the birds and animals were more tropical. =) After about an hour of walking we arrived to a big dam, where we saw monkeys again. They tend to live close to humans, because they are used to get food from them (even though it is forbidden to feed them), sometimes they even steals food from your bags. They are really smart, strong and nimble, it should be fun to have one as a pet. 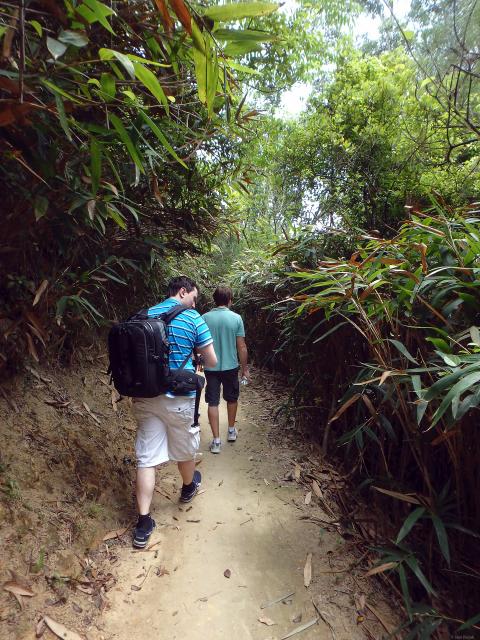 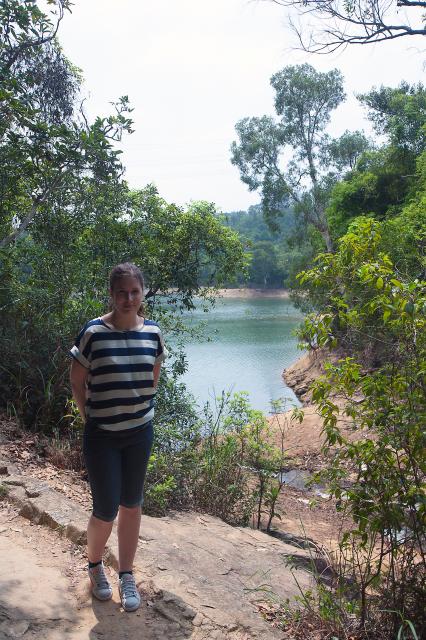 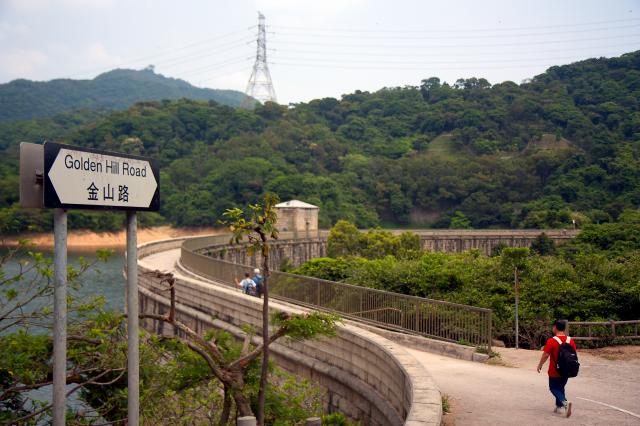 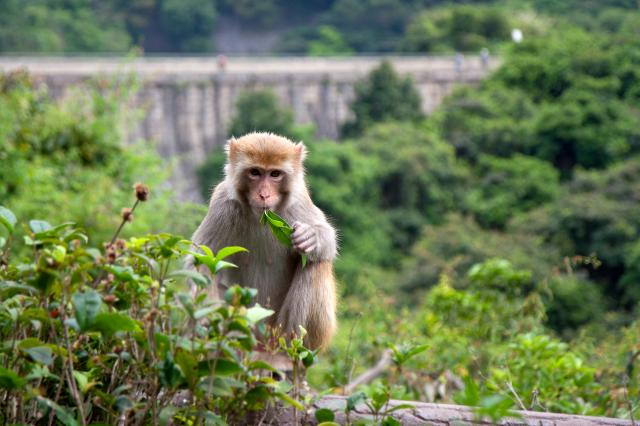 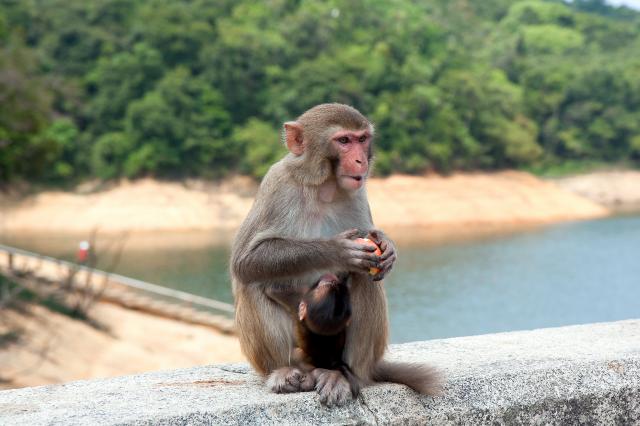 After the monkeys we went to the city, to the area where they sell a lot of electronics. It was really weird sight, it was something between big store, lots of smaller stores and a market, everything inside another building, if you can imagine that. After a lot of searching, and figuring out that Hong Kong is really expensive (more on that later), I have finally bough a SD card for my camera, which was 5â‚¬ (20%) cheaper than in Slovenia (if you know, that there are no taxes in Hong Kong, you realise that they cost exactly the same). 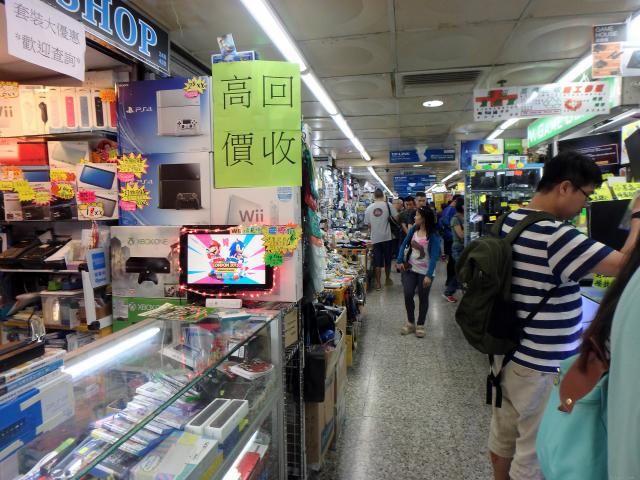 In the evening we went to the avenue of stars, where Leff and Allen were waiting for us. Finally after almost 2 years we were together again. It was great seeing them and it actually felt like we never were apart. 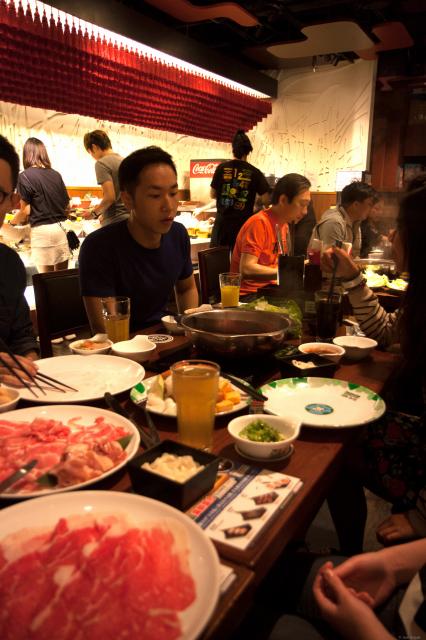 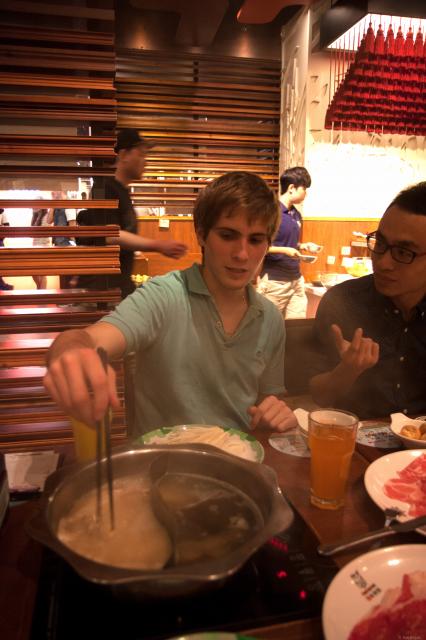 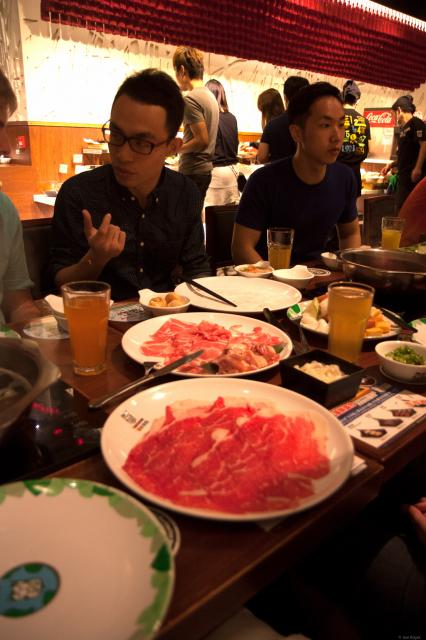 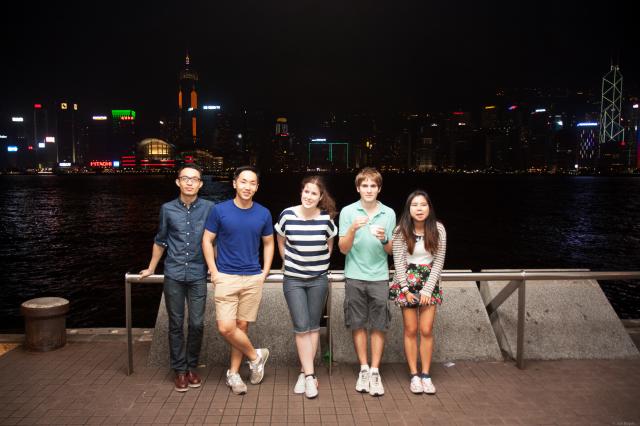 After, we went to have a big dinner, in a nearby mall, but not before waiting for table for 2 hours (a normal thing in Hong Kong, or so they say =)). I think we went to a traditional Hong Kong (maybe Chinese?) restaurant. I actually havenâ€™t been in anything similar before. At the beginning we choose what kind of meet we want (for the table), then they brought 2 big pots with heaters beneath them, and we actually put whatever we wanted in ourselves. Besides meat, we could choose from variety of sauces and vegetables that were located in something similar to salad bar in Europe. The food was good, at least what I ate, I tried to avoid spicy things. =) At the end, you could say that we paid to cook dinner for ourselves.

After the dinner we were really full and slowly walked outside to the pier again to take some photos. It was a great yet tiresome day.

On Monday we went to the city center to exchange money for Philippines. You would think that we would go to a local bank, but no, Maggie took us to â€¦ not sure what, but exchange rate was like 20% better than at the airport, and it was in some building almost like apartment building. After quick lunch and few photos we took a bus to the airport and soon after we were already flying toward Philippines. 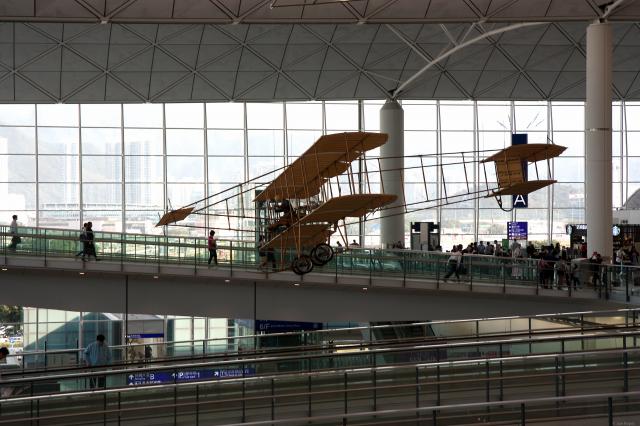 After long journey of almost 36h, very stressful transfer in Beijing and most annoying flight in my life, we are finally home.

Anyway pizza is on it's way, wuuh finally western food, was getting a bit tired of eating asian for so long :D.

Tomorrow evening (actually today in local time) we are going to be leaving Hong Kong and returning back to Slovenia. Last 14 days flew by really fast. There was so much too see and do. It was actually quite tiresome.

We are sad that we have to leave already, but at the same time already dreaming about eating pizza and other "westeren" food! 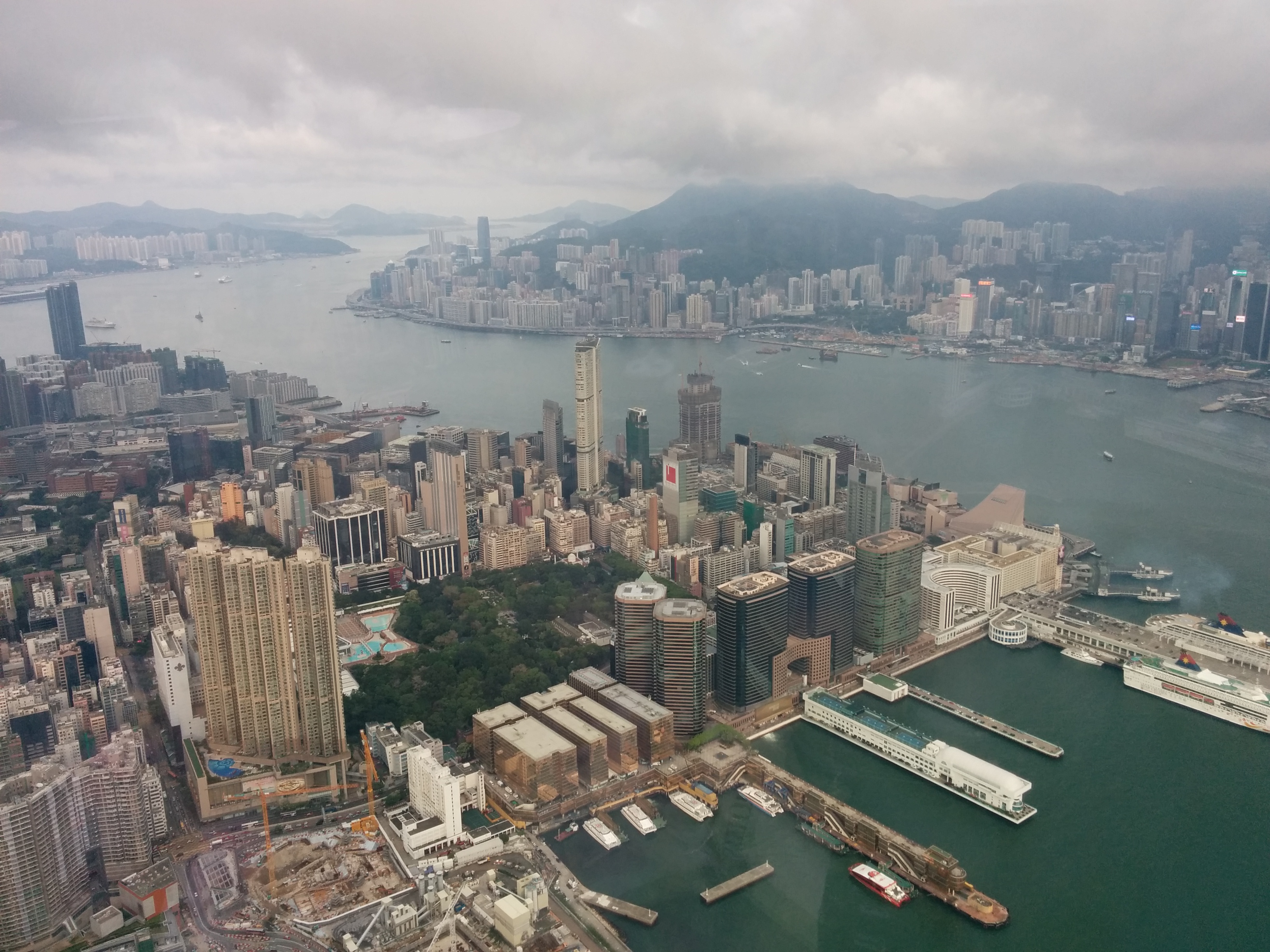 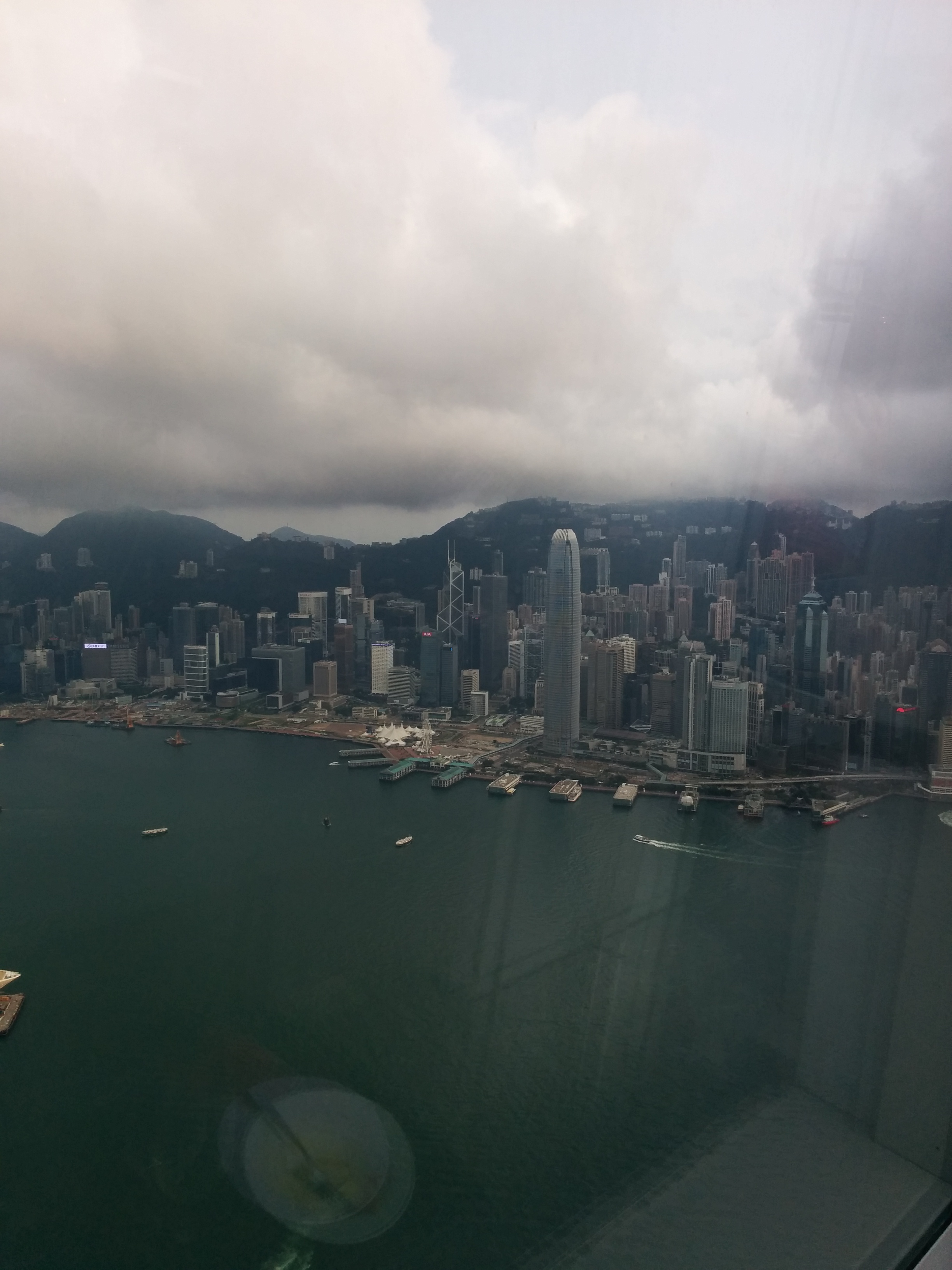 We're back from our trip to Philippines. It was quite an experience. I'll write more about it when I get home, but for now you can check some photos in the gallery.