It's been too long since I last wrote something here. The thing is I've been incredibly busy. Today's my birthday, so I've decided what the hell, I'll take some time and write another post.

So what was I up to in the last six months?

Well most of the time I spent at my job. I was â€œapplicative leaderâ€ of a project, due to my superior leading skills (and being my first project) we happened to run behind schedule for the last two months of the project, which resulted in me working almost 10h / day to make it in time. Now the project is finally finished and I can breathe more easily. Last week I have started a new research area, called deep neural networks, which sounds really fun. Later this month Iâ€™ll also start to work on another project, beside my research are, but will only have to code, so it wonâ€™t be that hard (hopefully).

Beside work we have also started (finally!) working on our android game again. For the last 4 months we have been building our own 3D game engine. It was actually quite an achievement to make it so it runs fast and fluid on all devices from ancient android 2.3 to the newest 5.0+. Now we are starting to focus more on the gameplay and graphics / animation side of the game, which is more fun and fast to create. Here is a short concept of a gameplay. You are the jelly (monster =) ) and at the moment have to avoid other fish while collect some stuff. As you can see jelly is not animated yet, hopefully it will look much better when game is finished.


What else? Huh â€¦ Biba has grown and can now jump over 0.6m high obstacle, which is incredibly annoying if since you donâ€™t want her to run everywhere. She sleeps around 20h / day and loves socks. No really, if you leave a sock somewhere she can reach, you wonâ€™t see it again. Same goes for other stuff that she might find useful / fun to play with, especially if it has a rubbery part. She already chewed 3 USB cables that were stored 1.5m high in a closed, I still donâ€™t know how she got up there. 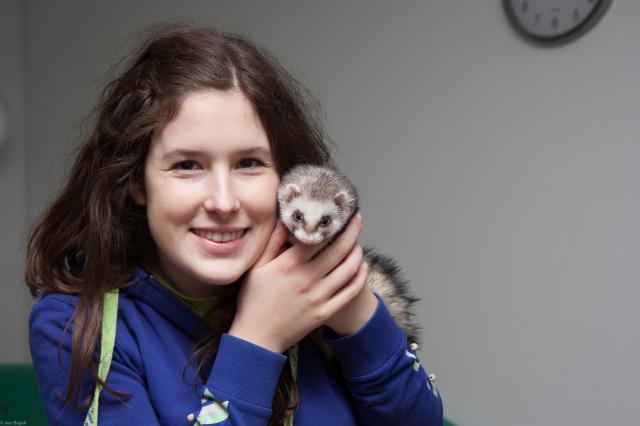 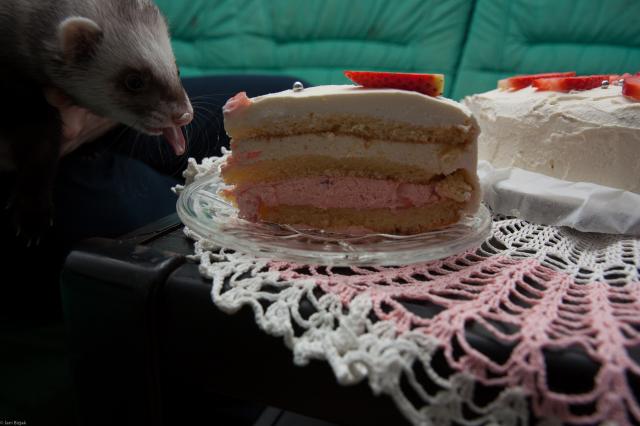 In other news I still miss LuleÃ¥ sometimes. For new yearâ€™s we were at friendâ€™s holiday house in the middle of nowhere in south Slovenia. It was about 30cm of snow and was quite cold, around -12C (almost record low for Slovenia). It reminded me a bit of LuleÃ¥.

Now to the fun part. Hopefully Iâ€™ll find some time in the near future to update my blog a bit, so things I write from now on wonâ€™t be under LuleÃ¥ category. But the best thing is that Iâ€™m planning to visit Jean, Maggie, Liff and Allen (probably misspelled some of the names xD) in Hong Kong around May 1st. I havenâ€™t bought plane tickets yet, because Iâ€™m waiting for vacation confirmation for my GF, but hopefully Iâ€™ll have tickets by the end of this month. Iâ€™m actually really excited to see those guys again, even more than visiting HK!

Talk to you soon!

Canâ€™t believe it went by so fast. It seems like yesterday I was still playing hockey and riding my bike in the snow.

I still remember my thoughts and feelings of excitement and a pinch of uncertainty when I stepped of the train. Everything ended up great, greatly surpassing all my expectations, those were the best days of my life, well almost, if Veronika could join me for whole time then they would =).

Enough about past, lets fast forward to present. Since I came home I travelled some more, Iâ€™ve visited Luxembourg and Frankfurt. Chose worst course since I went to college, started working at IJS again and began working on my masterâ€™s thesis.

In recent month Iâ€™ve finally moved to a new apartment in Ljubljana, together with Veronika. We are finally alone and I finally have only 5 minutes of walking to work / school, as opposed to 1 hours buss drive I had before. Since we moved I also got new pet, let me present you Mrs. Biba. 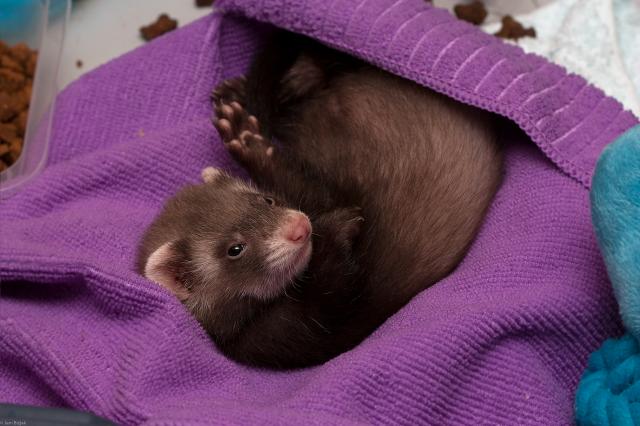 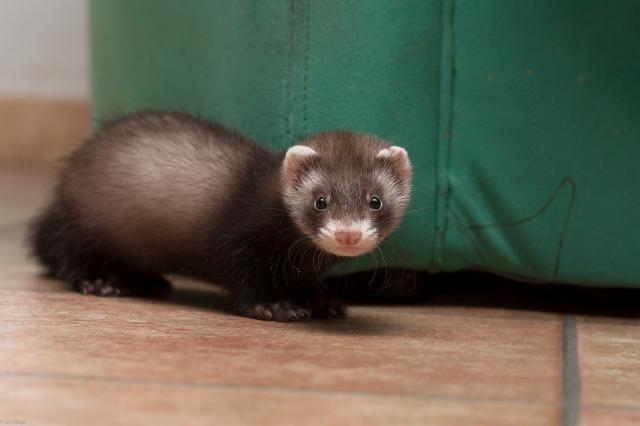 Since Iâ€™m buried in work this will be enough information for now. After I finish all my school work (fingers crossed) in September, Iâ€™ll upgrade this blog, so it will have more chapters, not just LuleÃ¥ and finally deliver those graphs about expenses that Iâ€™m promising and kind of want to see them myself.

After about two hours of flight, but not before I managed to spill juice all over Veronika, we landed in Venice, where my parents were already waiting for us.

It was strange seeing them after so long but nice nonetheless. On our way home questions â€œhow was itâ€, â€œwhere do I like it more (here in SLO or SWE)â€, etc. were asked. We got home at 2am so there wasnâ€™t much more to do but go to sleep. It was weird sleeping in my bed after so long.

In the following days I seem to have been answering those standard questions â€œhow was itâ€, quite often. It was a bit weird talking in Slovenian on the street as well. I swear first few times I actually started speaking in English.

Slowly I went back to old habits and sadly I soon felt like I never left Slovenia. At the end of January I still had to do â€œoralâ€ exam with my multimedia course from LuleÃ¥. We did it over Skype, it was quite funny actually. Professor was at his home (not in his office) and firstly he showed me a bit of his house and after I complained we have no snow here, he also showed me frozen lake behind his house where some kids were skating, after that he asked me some questions about course and I was done.

After that the only thing left to-do from Sweden, were arrange for some papers to be shipped here, so I could get my grades transcribed and the rest of Erasmus grant.

The only thing left is to gather my expenses data and present them in some nice(r) form to present them, when Iâ€™ll do this I donâ€™t know, probably not soon. And hopeful write a better conclusion to everything.

Studying â€¦ time when everything is more interesting than studying, so why not finish this?

As we were sitting on the plane thinking what to do in Amsterdam, where we had to wait 6 hours for our connected flight, we came to an idea of maybe going to sightsee the city itself. After seeing that airport is basically in the middle of the city, it was decided, we were going to Amsterdam. 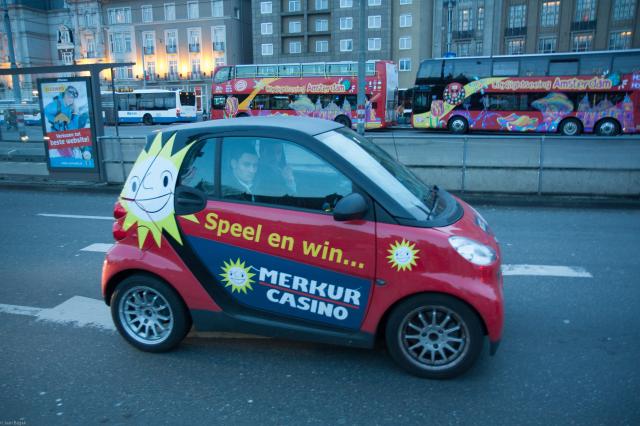 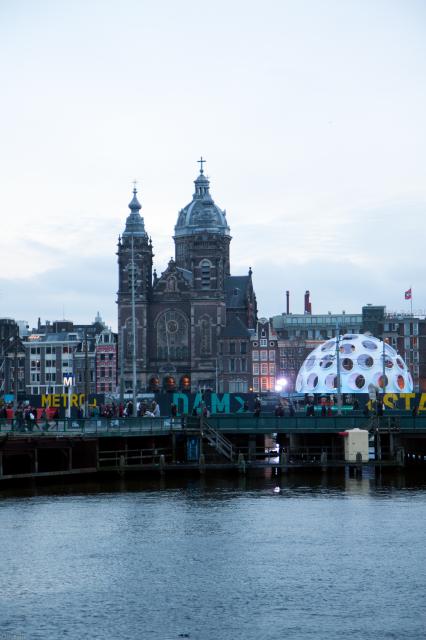 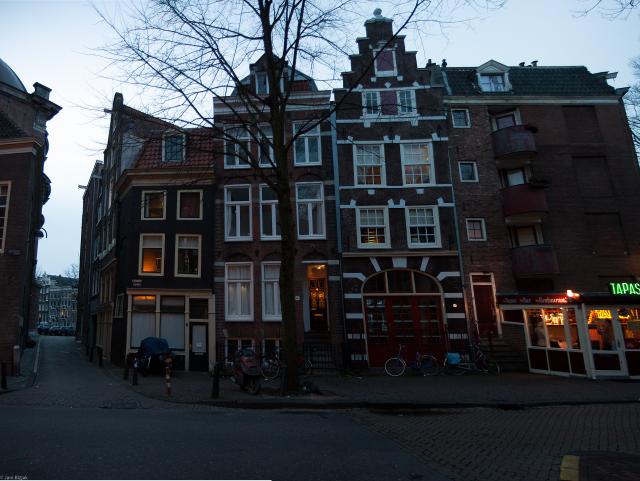 After a short flight from Stockholm to Amsterdam we disembarked and started searching for a place where we could leave our carryon luggage. The airport was huge, it took us 30min to find and leave luggage near underground, where we caught ride to the centre.

After stepping out of the train station you could immediately see difference from Stockholm, there must have been million people walking around, Christmas decorations were everywhere, there were more bikes than cars and lastly it was still bright (day) at 4pm.

After unsuccessfully trying to find a tour boat, (itâ€™s like tour bus, but they have a lot of canals/boats in Amsterdam), we settled down for a tourist map and started walking around the centre, where most monuments were. 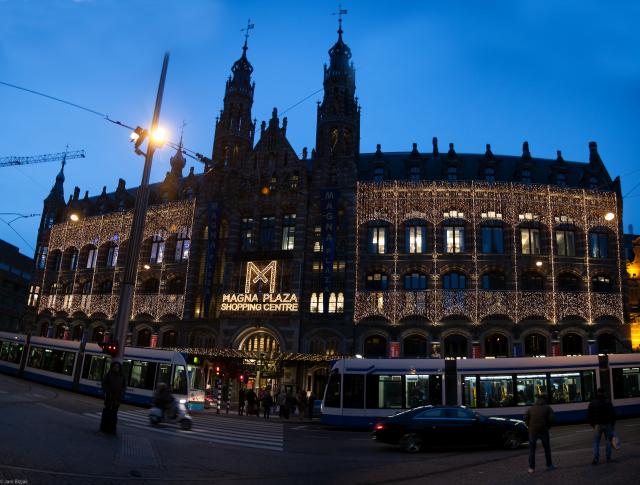 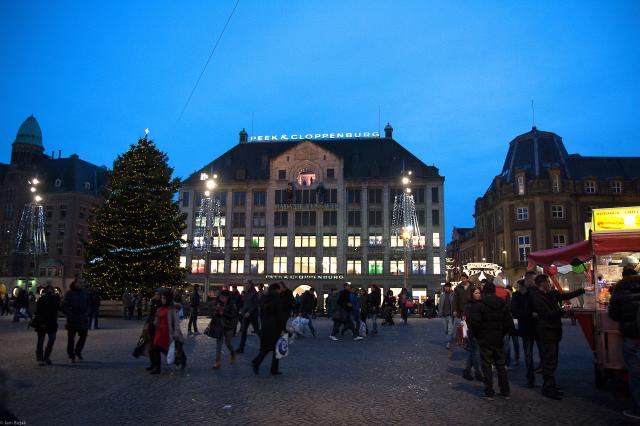 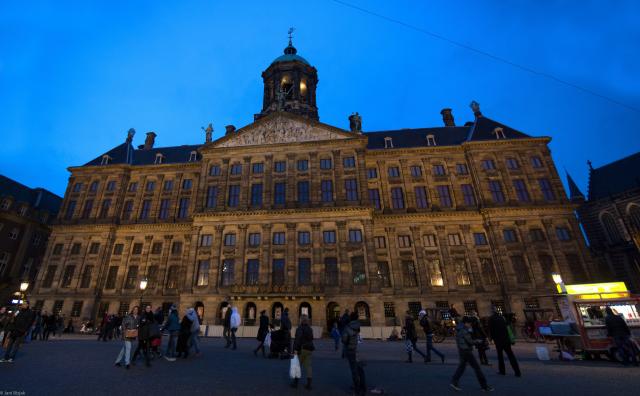 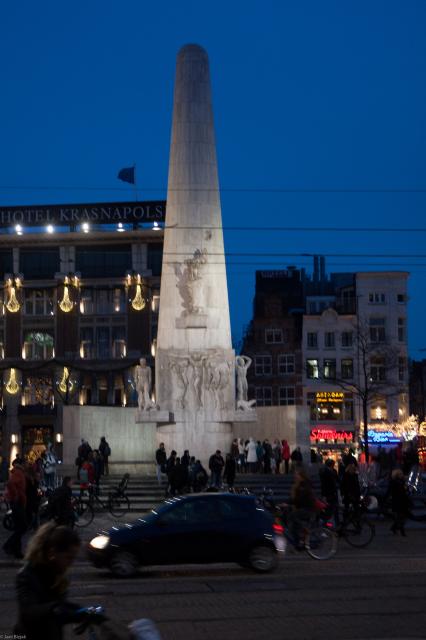 The city is old, with narrow streets, old tall buildings and I swear most of them are leaning (like leaning tower of Pisa). Thatâ€™s probably because itâ€™s build around the water. There are more water channels than in Venice. Strangely that town isnâ€™t known by this but rather by its â€œloosâ€ laws for drug consumption and sex tourism.

Speaking of this, yes we saw a dozen of â€œshadyâ€ bars and of course, women in displays. Itâ€™s kind of weird to see real people in displays like that. It startled me quite a lot, first time we went by one, when woman inside moved, as you are normally expected to see manikins in displays. 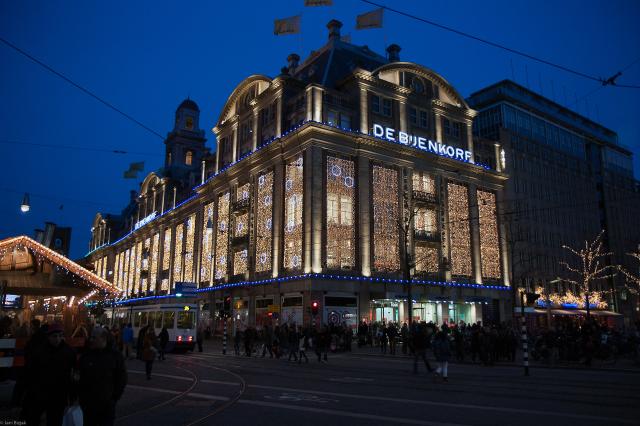 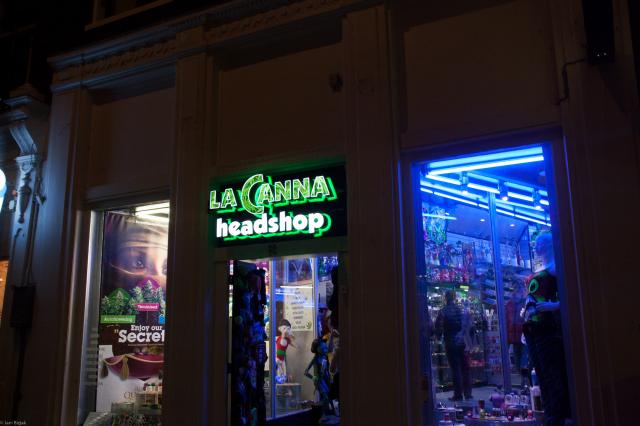 Anyway as we didnâ€™t have that much time, the only thing we managed to do was buy some food in a local food stand and some souvenirs. Oh yea, I forgot to say, there were Christmas stands all along main street in the centre, quite the opposite of Stockholm, where I donâ€™t remember seeing any at all.

After our quick tour of the city we went back to the airport again. After getting lost for another 30mins we finally found our gate and boarded the plane, soon after we were flying 10km above Germany toward Venice.